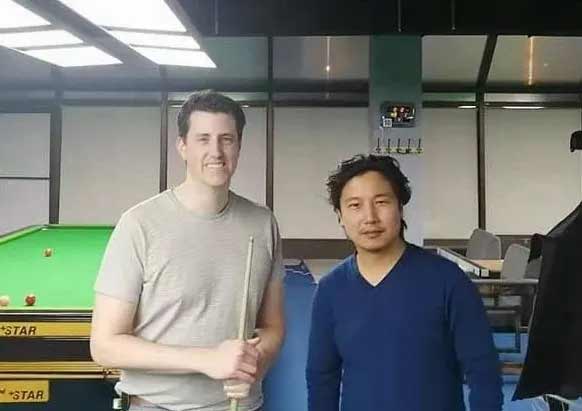 A new Richmond Hill Snooker & Pool lounge, Golden Break, held it’s first 10 Red Handicap tournament on Thursday Dec 19th.  12 players made the trip to Richmond Hill on a cold, snowy night to take part in what will surely become a popular weekly event.  Equipped with full size Star tables and 1G Tournament balls, Golden Break Billiards is perfectly placed to help promote the growth of Snooker in Canada, and supports the Canadian Snooker Academy for coaching players.  The tournament was won by Canadian Snooker Academy coach Jon Wallace after a thrilling final against 2019 Canadian Championships finalist Lobsang Lama.  Lobsang achieved the highest break of the night with a 57 in the first round, which was closely followed by Jon’s break of 53, also made in the first round.  Thanks to Steve and Sherlock at Golden Break Billiards for a great inaugural tournament – the first of many we hope!!!